A couple of "interesting" days ... 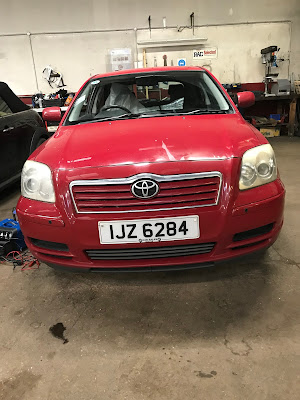 I've been driving a friend's car over the weekend, although the dog hasn't seen the inside of it!  Can you imagine hair, sand and mud over the beautifully kept clean interior?  Not to mention licking the windows!  Perish the thought.

Walks have therefore been in the local park where there's a flooded area under the trees.  As the water begins to subside the consistency of the liquid is more like mud.  And no prizes for guessing who makes a bee line for it! 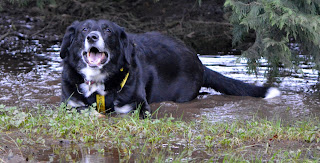 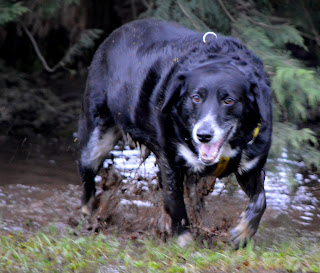 Yes ... splashing around like a two year old!  Such contentment!  I haven't the heart to put him on a lead so that he stays clean and dry.  Other dog walkers look on with amazement, or horror, as he dives straight in.

Yesterday I had to take a quick run into town and, since I was close to Saint Anne's, I spent a happy hour there.  It was around one o'clock and so the daily prayers were an added bonus.   I really must try to catch evensong one of these days as well.

There are now a number of places where candles are available for prayers ... this stand is just outside the Chapel of Unity. 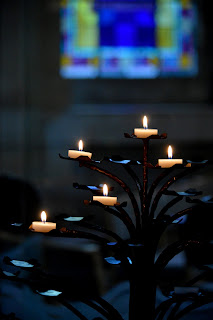 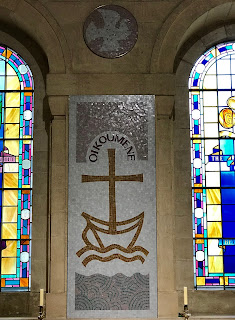 Since the camera was with me I indulged in taking some shots around the baptistery. 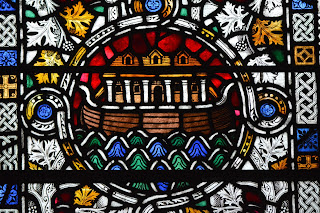 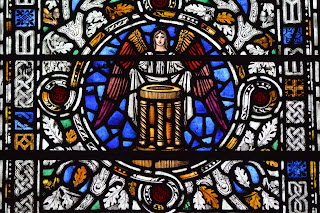 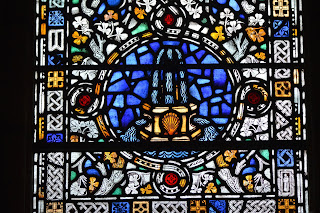 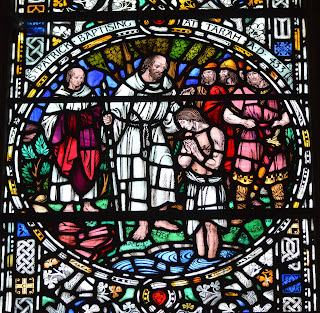 We have some beautiful stained glass.

Finally, a shot from where I was sitting for the daily prayers. 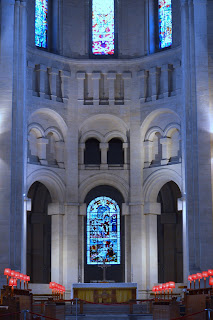 Meanwhile we're working on getting the sixth panel for the Side Chapel screen completed ... my contribution are two dogs ... Angel and Eliot ... who were to be seen around the church frequently.    Their memory will live on in the final panel. 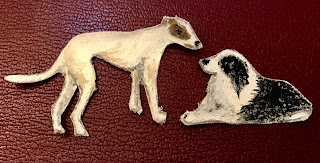 Page views in the last week

The Rev and a Dog