November ... a month of remembering.
The annual Remembrance Day Service at Saint Nicholas' was a memorable occasion when two young people took their place among the war veterans and those who have served their country in the police and prison services. 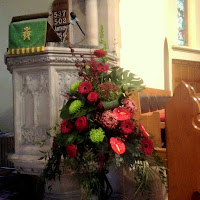 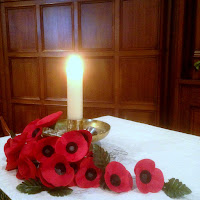 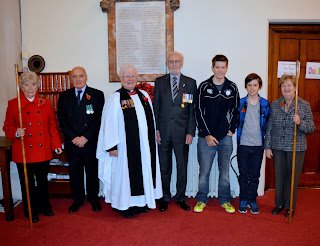 The march past at the Cenotaph is always a moving ceremony and the television gives a good impression of the huge numbers who take part year after year.  It was good to spot my youngest sister marching with the War Widows Association. 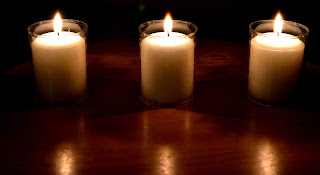 Time moved swiftly on and the Connor Clergy Conference was next on the agenda.  As usual we were in the Slieve Russell for a refreshing retreat. 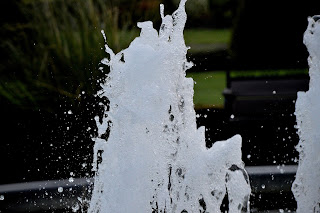 The grounds of the hotel are beautiful in the early winter with autumn colours still clinging to the bare branches.
After the conference I took the last few days of holiday and spent an enjoyable weekend in Piltown with the opportunity to attend worship in Portlaw.  They'd just completed a fund raising effort to repair the roof so a photograph was taken of the tiles replaced and those who had sponsored the work. 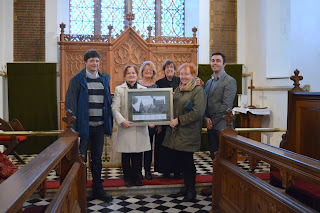 This building has some magnificent carvings.

That takes us then to the last Sunday of the liturgical year ... "Stir Up Sunday"
Now the tradition of making the Christmas Pudding in church is well established.  Out come the family scales that have weighed decades of puddings and cakes ... 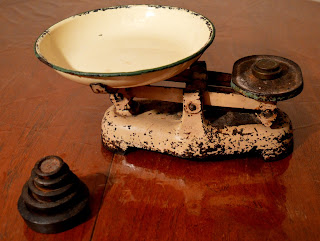 The ingredients are gathered ... 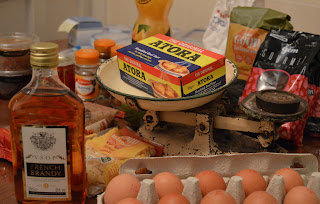 and two young assistant chefs get stuck in to the mixing before members of the congregation have their chance to stir the pudding. 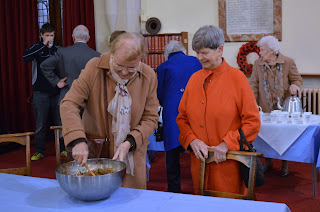 That brought us quickly to Advent ... a wonderful time of waiting and watching. 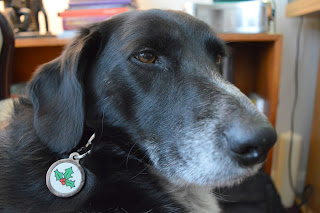 Dougal had his chance to do something for Bishops' Appeal ... every walk in Advent added £2 to a pot.  This was an idea developed by Bishop Pat Storey to raise money for shoes designed for leprosy sufferers. 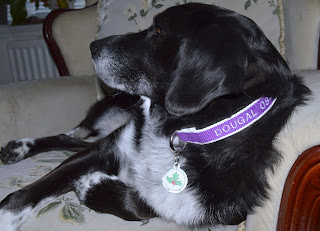 During Advent Dougal sported a liturgically correct collar in purple!


So with the tree up, the advent wreath prepared, wise men on their journey and the nativity scene in place we made our way out of November and into December. 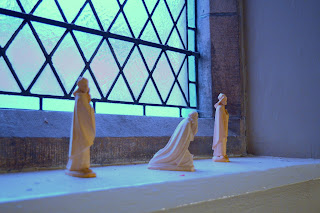 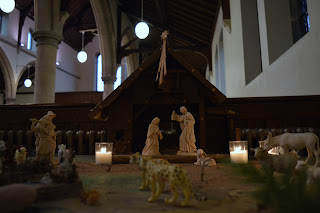 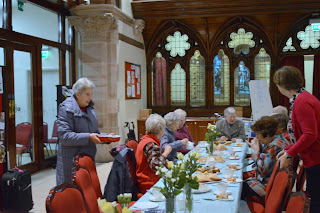 Mothers' Union in November was in the shared meeting at Saint Thomas' where we were spellbound by the story of Suzanna Wesley.

Page views in the last week

The Rev and a Dog